… I am Rosa Parks
tired of having to give way even though I am sitting on the right seat in Montgomery
I am Steve Biko
still chanting with my bloodied lip face down on the cell floor in Port Elizabeth
I am Solzhenitsyn
blowing warmth onto my hands far far across the Archipelago
I am the Chilean mother
with pictures of my sons tied around my neck in Santiago
I am a Vietnamese family
split up and adrift on several boats in the South China seas
I am a silent Thich Quang Duc
sitting by the Austin Westminster
I used to be a monk
now I am a tourist around the restored Jokhang in Lhasa, China
I am a ‘best minds of my generation’
succumbed to madness 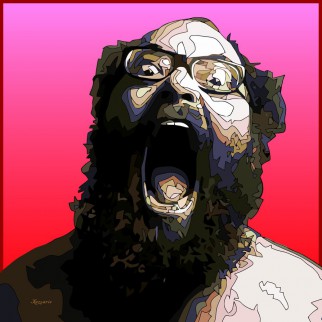 and I howl
silently
against the society that put me in this cell
and told me I am free
I am tired but I push on
even pick up the pace a little
although I forget: I am weak
no one cheers me on
others only notice
when I stumble

The home of forgotten music...finding old reviews before they're lost....

Where books, movies, anger, confusion and musing live together in sin.

a few words spewing from my soul...

The daily life of an addict in recovery