over bakewell tart and
carrot cake in the garden shop
café: what we got now …

we shed our clothes and
books and find that capitalism no
longer works; the stone

on 25th August 1981, Carol and Mark got married in a registry office – in, signed, out within 15 minutes; 37 years later found them in their local garden shop cafe on Ashdown Forest looking at each other across the table … he had been like a stone giving little that was needed, she was like a sponge taking all that was available and still dry …

in the busy café after yet
another long lapse by stealth –

being wormhole: looking back over the tack / and jibe of my life I / notice there is / a fetch // after all … / but certainly not / where I had planned / or where I thought / I’d been
depression & living wormhole: is this it // all the time
speech wormhole: Coleton Fishacre

too much in arrival

was it the sun-washed
matching placemats in
the café conservatory

eighty mile drive here
that make it impossible
to relax my forehead? 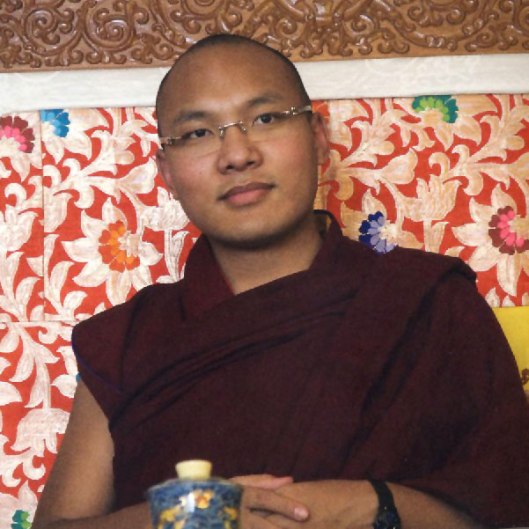 said the Karmapa; of
course: and I had been
acting despite that he

dank basement to
sort things out pursued
by his head-shake smile;

carried his drinks
in the café, carried his
bags when he carried out

the stacked dishes before
I even thought of it,
simple service with no

career prospects, all the
busy and long day until
things moved on beyond

all recognition and
I realised I was wearing
his slippers; how will I

get them back to him,
remembering his lingering
smile before I acted

retirement #4: from a dream had 16th-17th December, written down 171216; the present Karmapa is the 17th recognised incarnation; the sorry tale of Mark Redford and his Teachers; the forwarding ways

neither nude nor
descending a staircase

what do I want in life
what shall I write

but I gaze out the window
across the streetlights hanging

posted while listening to ‘Lazarus‘ by David Bowie, on a darkening mid-afternoon November-day with the overhead lights all on; written over two years previously in the Wych Cross cafe on Ashdown Forest not knowing which way to turn

I lost my seat of joy
in giving, I might have had it yesterday,
but today I find myself
gilled by her pink coat to do
all the talking and irritated by
the loud-enough heels to do all the walking

I lost my seat of vista
when stopping, I might have had it yesterday but
today I cannot stop hearing
the all-things-considered voice
out back of the Oxfam shop wondering if dictatorships aren’t what’s needed in the end, I
have to leave the shop

I lost my seat of patience
in getting, I might have had it yesterday but today
I clear-the-throat listening to the too-exhaust-[ed] luxury cars
revving and braking to leave the NCP

I lost my seat of balance
when doing, I might have had it yesterday but today I must listen
to her hold attention with red-mauved hair
and one greyed temple talk-clear to her back-turned friend,
from the other side of the crowded room

`never had a settled seat to miss, that I remember – `still trying to find that one –
`never lost my seat and been happy about it, until 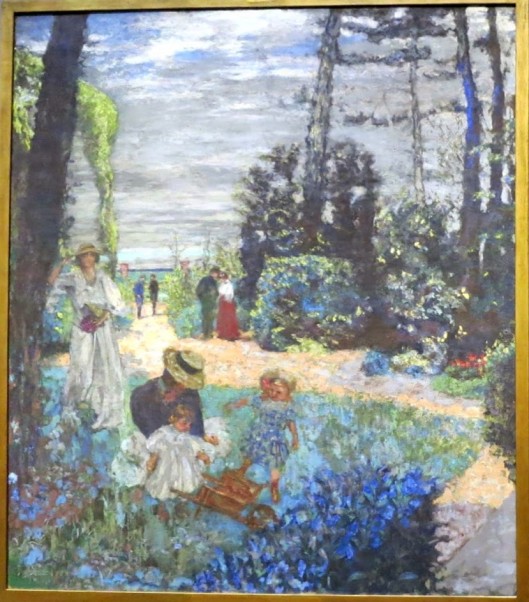 people froze in pose of living
and, standing, turned from the
emerald skyline and blue of leaf

until the ‘chirrup’-click
fit to portrait – maybe landscape –
enlarged, reduced (and whopaintedthis ‘click’ gottit) of

chair standing but not on
the tiles by the
turquoise door blue – wassnext! – standing

right in front (of the view
looking to be written on a notepad) right there
to one side of the frame in profile, ‘like I was …’

looking in ‘ready’ chirrup – then
nudged
passing out of everyone’s way – ‘sorry!’ 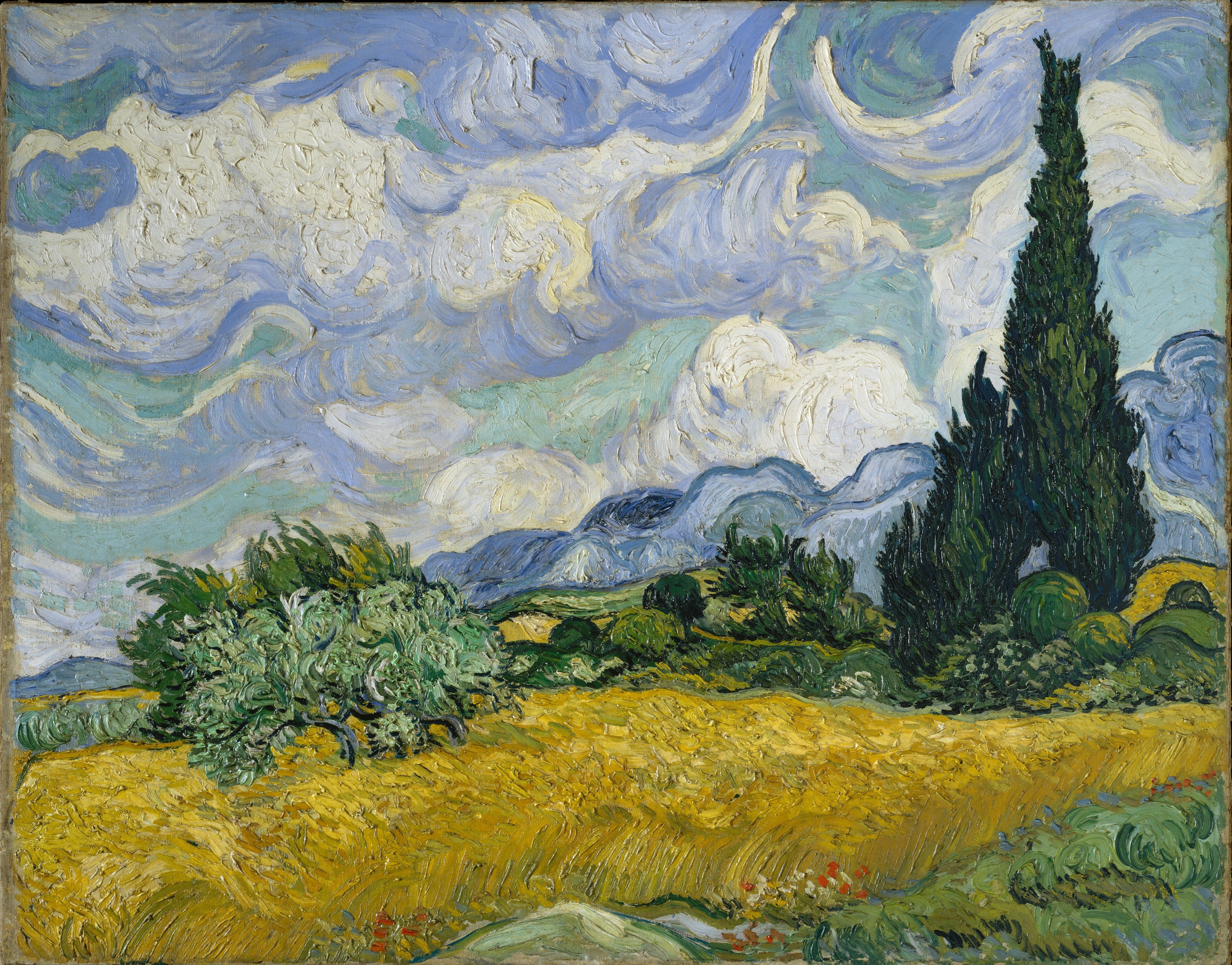 glasses on the head before
wheatfield with cypresses, hennaered
hair before rock shadows, and

tell me, is it the transluscent beer
or the backward look to another order
the point in the corner of the café-concert?

the evening night under
whitewashed windows
out from under the rain

and street light where
bricks turn seaweed-
green, is an office

which we all don’t
know about; well, I’m
gonna make it by my

selves strolling up
strolling down or
standing there making

a fool out of me over
street corners the next
day, with new eyes and

… OK, maybe NOT every single piece of work, then; well not until he hits his stride and I hit mine; this is – believe it or not – from Bowie’s first cluster of works: Liza Jane, 1964; Louie Louie Go Home, 1964; I Pity the Fool, 1965; Take My Tip, 1965, only one of which was actually written by him; they’re all in there somewhere fore-striding the next day … 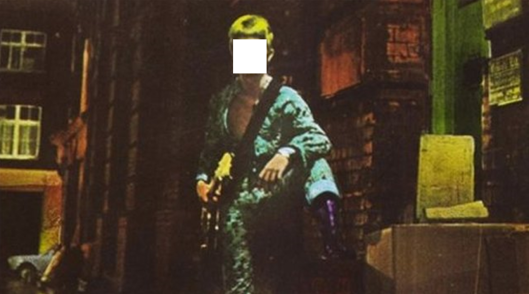 Things from an unquiet mind

Inspiration on the Vajrayana Path (if words too small, set browser to magnify to 125%)